I was commissioned to make a floor design for the staff and student entranceways to the new building of the Admiral Lord Nelson School in Portsmouth. The floor vinyl in the older building was designed by an artist called John Patsalides 30 years ago and was based on a river as a metaphor. For my design, I wanted breaking waves on a beach to link with his work, but to place the new floor in 2021 here in Portsmouth, England’s only island city. I used my drawings of waves from Southsea beach to create a design for the different shaped entrances. The apprentice who laid the first floor many years ago, returned as company manager to lay this specially fabricated new floor.
The second part of the commission is a large scale woodcut. This is installed in the entranceway, is based on drawings made from the shore of Langstone Harbour to the east of the school, facing Bow Hill. The drawings were carved into wood blocks in my Hotwalls studio at the mouth of Portsmouth Harbour, and printed by hand at Omega Print Studios, also in Portsmouth. The finished print hangs on a West facing wall, so the viewer faces east towards Langstone Harbour. It is framed in a museum grade hardwood frame, and glazed in perspex.

The final part of the commission is a 20 metre mural painted in a beautifully designed leafy courtyard on a north facing wall. The viewer faces in the direction of Southsea Beach, the Solent and beyond, which is the inspiration for the painting. I tried to include as many features of the landscape as possible; sea forts, boats, ships, sea swimmers, and beach vegetation. The sea kale in particular is unique to this kind of habitat, and very reminiscent of the view. I have used predominantly school house colours (cyan, bright green, purple and grey) in this woodcut. During the project it was great to meet the students who helped direct the development of the project.

The three artworks, when taken together are intended to create an uplifting sense of place for the students and staff, hopefully enabling a connection to the unique location of their beautifully designed school. Many thanks to the architect Andrew Malbon for his vision and skill. 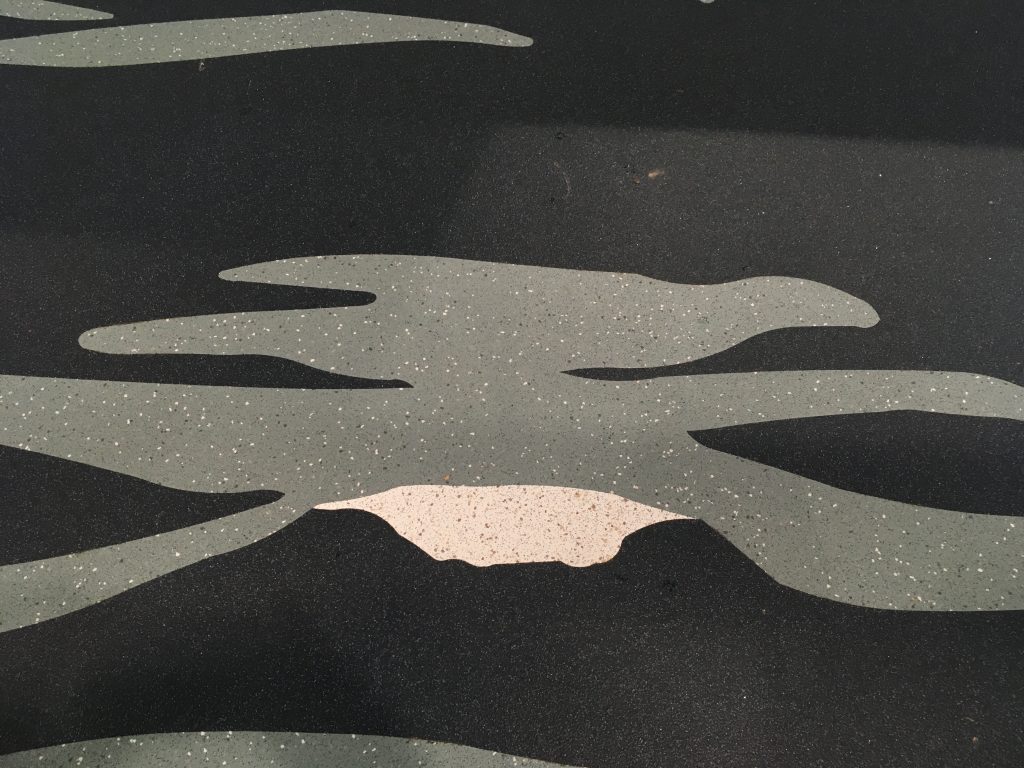 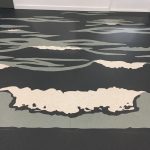 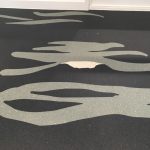 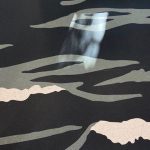 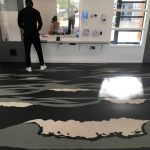 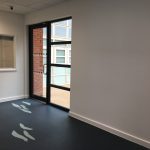 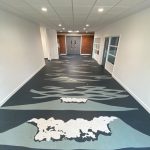 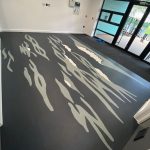 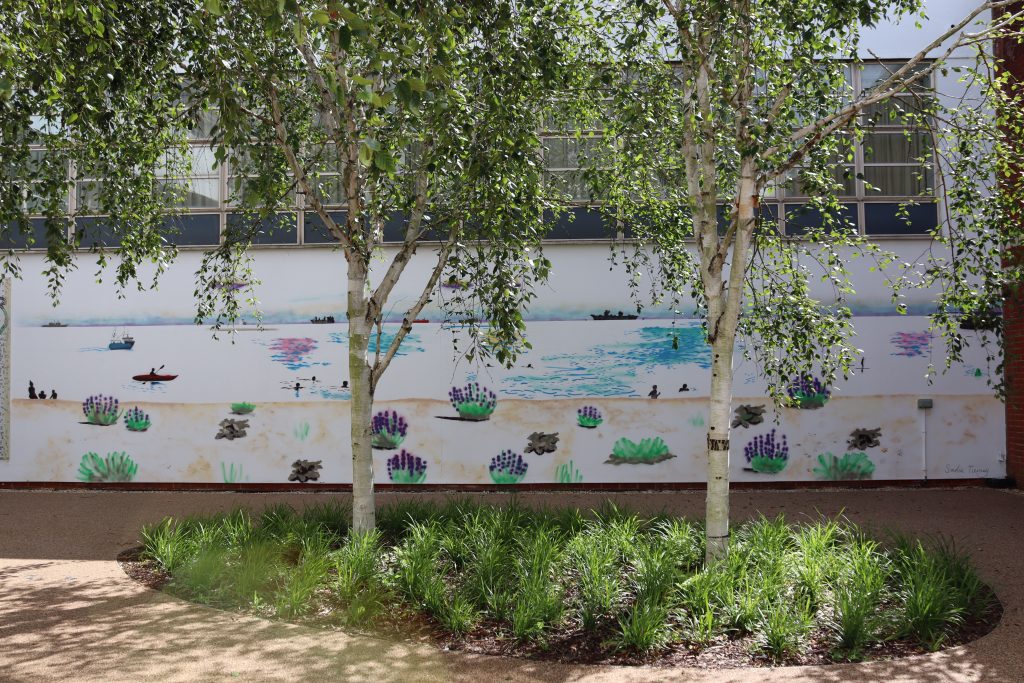 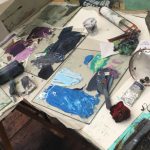 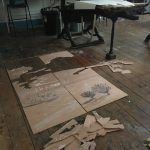 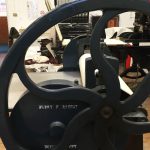 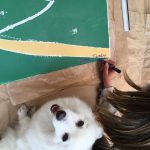 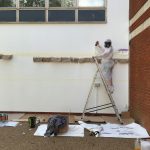 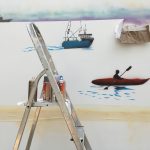 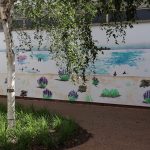 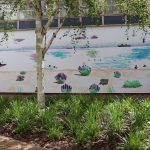 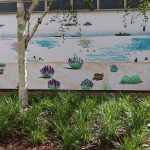 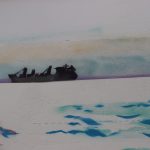 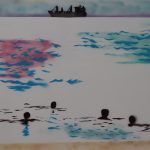 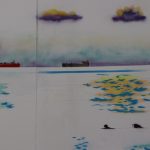 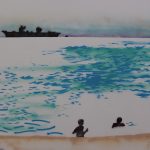 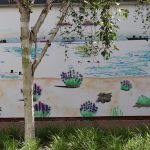